While British Pakistanis account for three per cent of the births in this country, they are responsible for 33 per cent of the 15,000 to 20,000 children born each year with genetic defects.

It is a taboo subject because the issue is much more prevalent within Muslim ethnic groups so clearly politicians and the medical profession alike are too afraid to voice their concerns publicly with a view to changing the law on this. So our NHS keeps funding the care of more and more mentally and physically damaged children, whilst their parents have the heart rending task of becoming full time carers and often of watching their children die when their congenital defects are just too great to survive even with medical aid.

This is a huge scandal in this country – and surely it should be tackled using the law of this country, as the cultural traditions of these groups are so strong that it seems no amount of information drives within their communities will eradicate the practice.

Worldwide, within the Islamic world, inbreeding is also common, ‘Worldwide, it is estimated that over half of all muslims are inbred” says Wikislam, and the Koran does not prohibit first cousin marriage, in fact Mohammed married cousins.

It is time that this practice was stopped at least in the UK, but with the welfare of the children involved in mind – surely worldwide too.

3 thoughts on “Why is first cousin marriage still legal in the UK?”

Is Islam a Religion? Thought Experiment. We don’t have an Israel to move to

The Religion of Peace

The personal is political and so is my life

We in the West need to have a conversation about Morality An exposition of Islam as an ideology of conquest 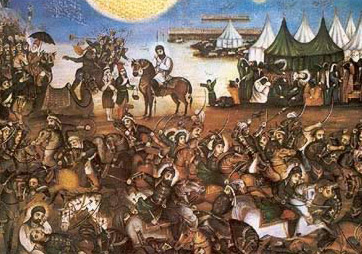